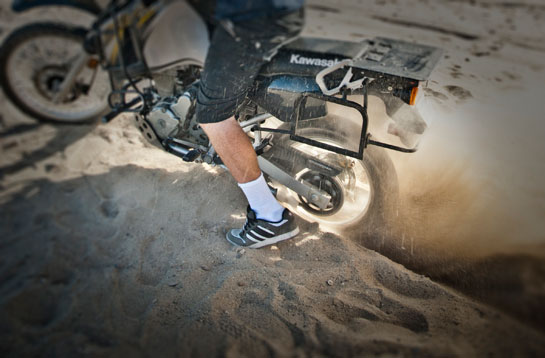 By now, many of you know the story.  A recent study used DNA science to suggest that the fish we thought were native greenback trout (Colorado’s state fish) probably aren’t greenbacks at all… but the good news is that real greenbacks do exist, just not in their native watershed.

This population of several hundred fish—presumably the last on the planet—live in Bear Creek in the Arkansas River system (they were stocked there a century ago).  To protect them, the Forest Service shut the area to motorized vehicle use, since those vehicles can damage riparian habitat, spawning areas, etc.

Well, apparently, the hundreds of thousands of acres off-roaders in Colorado have to tear-ass around are not enough, and if they don’t get to use the Bear Creek area they don’t think you should either. A group of OHV enthusiasts has sued to close the area to anyone who would like to venture into the area – motorized vehicle or not.

We have only one word:  Seriously?

Isn’t it time for the off-road manufacturers and enthusiasts (many anglers included, and the mass majority of whom are responsible users) to show some common sense?  A little support and compromise for/with the angling community could come back down the road.  Pun intended.