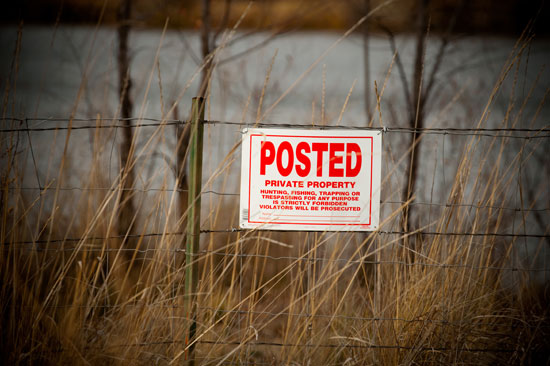 Why We Keep Pounding Home the Angler Access Issue…

The number of anglers who had to cancel a fishing trip or stop fishing a particular location last year because they lost access to a favorite fishing spot overall has not changed compared to last year.  17 percent of recreational fisherman surveyed by AnglerSurvey.com reported issues with access as opposed to 20 percent a year earlier. Despite this minor improvement, roughly one in five anglers is still being affected each year by not being able to use a favorite fishing location.

Likewise, because more anglers fish freshwater than saltwater, as well as the fact that there is more private land surrounding lakes and streams, 71 percent of reported access problems involved freshwater anglers and 24 percent involved saltwater in 2012.

“Despite the efforts and resourcefulness of some anglers to find new fishing areas after losing access to others, it is clear that such challenges are causing us to lose anglers each year,” says Rob Southwick, president of Southwick Associates, which designs and conducts the surveys at HunterSurvey.com, ShooterSurvey.com and AnglerSurvey.com. “Whether it is due to fishery closures, closed ramps or land previously used to access a lake or stream changing hands and becoming closed to the public access remains a persistent issue. Fisheries managers, anglers and industry need to continue working together to resolve these problems.”

To help continually improve, protect and advance angling and other outdoor recreation, all sportsmen and sportswomen are encouraged to participate in the surveys at HunterSurvey.com, ShooterSurvey.com and/or AnglerSurvey.com. Each month, participants who complete the survey are entered into a drawing for one of five $100 gift certificates to the sporting goods retailer of their choice.