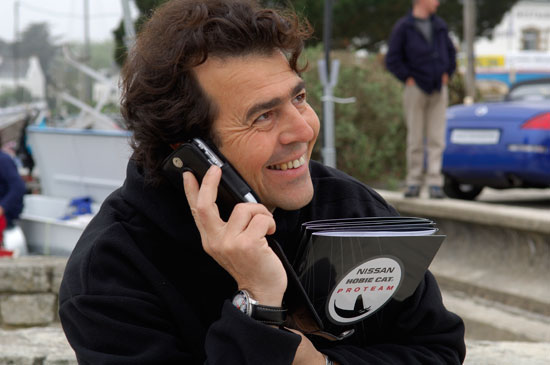 Doug Skidmore, President of Hobie Cat Company, has announced the appointment of Michel Corigliano, who has 21 years of Hobie experience, to the newly created position of Director General for Hobie Cat Europe. Michel will be responsible for managing Hobie Cat Europe, out of the company headquarters in Toulon, France. He will represent Europe in unifying Hobie’s worldwide brand image, accelerating market expansion, focusing product offerings and enhancing Hobie’s strong position in the European sailing, kayaking and fishing markets.

Effective this past September 1, Hobie Cat Company, based out of Oceanside, California, acquired Hobie Cat’s business in Europe. The agreement gave the sailboat and kayak company worldwide trademark rights and brought the operation of Hobie Cat‘s business in Europe directly under the control of Hobie Cat Company. Michel’s appointment completes the transition cycle. For the past 15 years, he has been Sales and Marketing Director and liaison between Hobie Cat Europe and the main worldwide sailing associations such as ISAF and the IHCA International F18 Association.

“Through the process of uniting Hobie worldwide, Michel has demonstrated his ability and knowledge of Hobie Cat business that he needs to take over the helm,” commented Doug. “His understanding of our dealers, Hobie products and the necessary infrastructure for manufacturing boats make him uniquely qualified for this position. These are all important elements of our market vision and we are very excited to add a well-respected leader to our team.”

Michel has a proven track record in business, but he also understands the soul of the company that is behind the “Hobie Way of Life.” He has a passion for watersports including sailing and surfing and is currently getting indoctrinated into kayak fishing as the sport becomes more and more popular in Europe. He first started working for Hobie Cat Europe in 1991 and since then has worked in every department including production and logistics, product development and regattas. Prior to joining Hobie, Michel studied commerce and management.