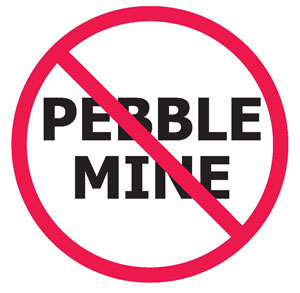 The Environmental Protection Agency released a draft watershed assessment of Bristol Bay (relative to the proposed Pebble Mine) on May 18. In it, the EPA acknowledged that the Bristol Bay region accounts for 46 percent of worldwide sockeye salmon, and noted that the fishery supports 14,000 sustainable jobs and yields $480 million in economic impact annually.

The EPA also noted that even with a minimal footprint, Pebble Mine would block up to 87 miles of key salmon (and trout) streams. And it suggested that, “at least one or more (mining) accidents or failures could occur, potentially resulting in immediate severe impacts and detrimental, long-term impacts on salmon habitat.”

In other words, the EPA has stated the obvious. (At least it has stated those facts that have galvanized the vast majority of the fly fishing industry behind efforts to protect Bristol Bay).

Does that mean the Bristol Bay fight is over? Not hardly. What must happen now is that to Obama administration must be convinced to allow the EPA to use its power under the Clean Water Act to restrict the permits necessary to build Pebble. In an election year environment, that won’t be easy.

Two things make Pebble the most compelling environmental hotbutton issue right now. 1) It’s an all-in, high stakes game, pitting literally hundreds of billions of dollars in mineral potential against one of the most prolific wild fisheries on the planet. And 2) it’s not a debate that fits neatly within party lines. Two thirds of hunters and anglers oppose Pebble.

Use your voice to tell President Obama to initiate the Clean Water Act Process to stop Pebble, and please encourage your friends and customers do the same.