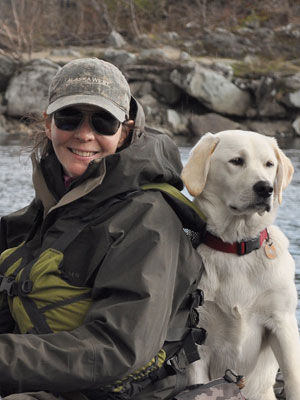 C.F. Burkheimer is pleased to announce that Pro-Staffer Whitney Gould has won her third Spey-O-Rama competition. Whitney’s combined cast total of 525 feet, with a long cast of 135 feet, earned her the title at the 2012 Spey-O-Rama in San Francisco, California.

“I’m still shocked that I won Spey-O-Rama for a third time, and it was certainly worth all the rain-soaked practice sessions this last winter,” said Whitney. “I’m also thankful to have had my Burkie competition rod, which has seen me through all my wins. That rod has soul!”

The annual Jimmy Green Spey-O-Rama is hosted by the Golden Gate Angling and Casting Club, and takes place on the historical casting ponds of San Francisco’s Golden Gate Park. The competition is decided by total distance achieved on four Spey casts—two made with the line from the right, casting over right and left shoulders, and two made from the left, again casting over left and right shoulders.

“Whitney’s third win at the Spey-O-Rama is amazing, and shows why she is consistently regarded as one of the top female Spey casters in the world,” said C.F. Burkheimer owner, Kerry Burkheimer. “The fact that she’s done it all three times with a Burkheimer rod makes me pretty happy, too!”

When not making bomber casts in competition, Whitney guides on the Kanektok river at Alaska West, on the Grande Ronde River in Washington, and is a casting instructor for the C.F. Burkheimer Spey Schools.

C.F. Burkheimer was founded more than 25 years ago and continues to make fly rods one at a time, one of a kind.  All Burkheimers are designed and built in a little shop in a little town along the banks of a very big river. C.F. Burkheimer — Hand-Rolled SoulTM