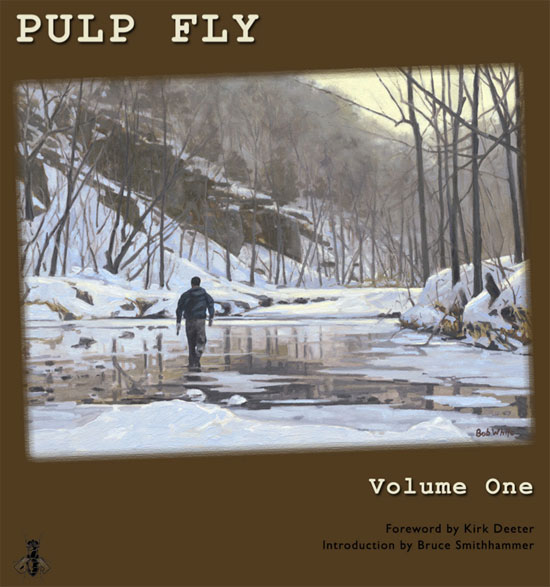 A number of fly fishing bloggers from around the country have banded together to produce a compelling collection of short stories titled “Pulp Fly.”  It will be available as an “E-book” (through Amazon) starting April 1.  You can learn more about the project and its contributors by visiting www.pulpfly.com.

AT editor Kirk Deeter was proud to contribute the foreword for the book, which includes pieces from the likes of Matthew Dunn (“Frank’s Inevitable Michigan”), Bob White (“Back to the Beginning” and White also produced cover art), Bruce Smithhammer (“The Hunt”), and Pete McDonald (“The Players of Jai Alai Salute You”).

“I think this is a breakthrough effort, not only in terms of the E-format, but also because the stories are diverse and interesting reads,” said Deeter.  “In many ways, bloggers have become the day-to-day written conscience of fly fishing.  I think people will value the raw emotions and eloquent words in this collection.  And as fly fishing films have done much to promote the sport, I think the format of this book broadens the media horizon.”