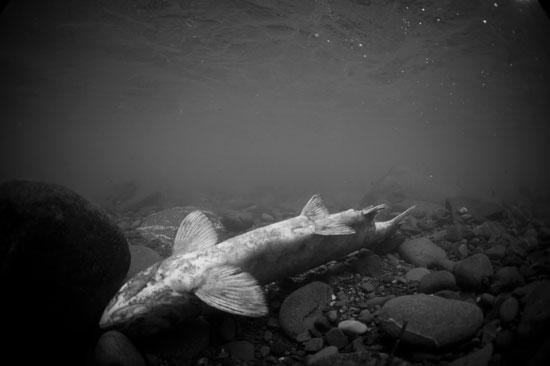 The Washington and Alaska senators have introduced legislation directing government scientists to determine the scope and cause of the outbreak of infectious salmon anemia that has devastated salmon farms in Chile and elsewhere, and to recommend steps to protect the health of salmon stocks along the West Coast, Canada and Alaska. The scientists would have six months to complete their report. The legislation is also backed by Senators Patty Murray (D-Wash.,) Jeff Merkley (D-Ore.,) Ron Wyden (D-Ore.,) Barbara Boxer (D-Calif.) and Diane Feinstein (D-Calif.)

“We thank the senators for taking a leadership role on this. This situation is extremely serious given the critical role salmon play in the economy, culture and way of life of so many Alaskans. While there’s a shortage of information right now, this disease outbreak could pose potentially serious consequences for salmon up and down the West Coast, from Alaska to California. The sooner we can get a handle on what’s causing the outbreak and take steps to prevent the spread to Alaska waters, the better,” said Tim Bristol, director of Trout Unlimited, Alaska Program.

Bristol encouraged Alaska Gov. Sean Parnell and Fish and Game Commissioner Cora Campbell to take all measures needed to protect Alaska’s wild salmon stocks and the critical habitat on which they depend for sustained production. Bristol noted the assessment of the British Columbia situation by Dr. James Winton, fish health section chief of the U.S. Geological Survey’s Western Fisheries Research Center. Winton referred to the virus discovery as a disease emergency with “global implications.”

“We’re fortunate to have made the wise choice as Alaskans to outlaw fish farms in our state. But that doesn’t mean we’re immune from deadly infections that can mutate and spread to our waters from fish farms down south. Alaska needs to beef up testing, research and surveillance to ensure that our stocks remain disease-free and we need conserve the high-value watersheds that produce our abundant salmon runs,” Bristol said.

Although Alaska is not testing for infectious salmon anemia at this time, that could change as more information about the outbreak in British Columbia becomes available, state officials have said.