Does this mean “case closed” for the oil spill disaster, or are we just now beginning to understand long-term financial and environmental impacts?  Have the Gulf guides weathered another storm? 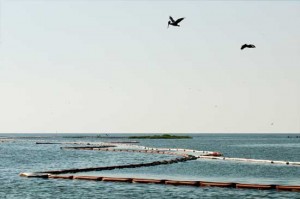 On April 19, the National Oceanic and Atmospheric Administration (NOAA) reopened to commercial and recreational fishing 1,041 square miles of Gulf waters immediately surrounding the Deepwater Horizon wellhead, just east of Louisiana. This was the twelfth and final reopening in federal waters since July 22, and it marked the opening of all of the areas in Federal waters formerly closed to fishing due to the Deepwater Horizon oil spill.

This reopening was announced after consultation with the U.S. Food and Drug Administration and under a reopening protocol agreed to by NOAA, the FDA, and the Gulf states.

“I am pleased to announce that all federal waters affected by the spill are now open to all fishing,” said Jane Lubchenco, Ph.D., under secretary of commerce for oceans and atmosphere and NOAA Administrator. “I thank fishermen and the public for their patience and FDA for its support and cooperation throughout this process while we worked diligently to ensure the integrity of Gulf seafood.

NOAA sampled this area between November 11 and November 14, 2010, March 12 and March 16, 2011, and March 28 and April 1, 2011, for potentially affected finfish, including tuna, swordfish, and escolar. Sensory analyses of 86 finfish samples and chemical analyses of 112 finfish samples in eight composites followed the methodology and procedures in the reopening protocol, with sensory analysis finding no detectable oil or dispersant odors or flavors, and results of chemical analysis for oil-related compounds and dispersants well below the levels of concern. All test results are publicly available.

As announced on October 29, NOAA and FDA developed and implemented a chemical test to detect the presence of dispersants in fish, oysters, crabs and shrimp. The level of concern for dispersants is 100 parts per million for finfish and 500 parts per million for shrimp. The test can reliably detect Dioctyl sodium sulfosuccinate (DOSS) at levels of 2000 times below the lowest level of concern. The results of chemical testing showed that 99 percent of samples contained no detectable dispersant residues, and the few samples that did contain dispersant residues showed levels more than 1000 times lower than FDA levels of concern.

“Throughout this process, public health and safety has been our primary goal,” said FDA Commissioner Margaret A. Hamburg, M.D. “This has been an extraordinary team effort and the reopening of these federal waters serves as a dramatic example of what cooperation between federal agencies can accomplish.”

NOAA continues to work closely with the FDA and the Gulf states to ensure seafood safety. Thousands of test results, all publicly available, prove Gulf seafood is safe from oil and dispersant contamination.