Bennet Appointed to AFFTA Board

AFFTA President, Randi Swisher, announced that Andrew Bennett, owner and operator of Deneki Outdoors, has been appointed to the organization’s Board of Directors.

“With one of our board members stepping down for business reasons we needed to fill the seat,” said Swisher. “We wanted a full board going into the Jim Range National Casting Call and the IFTD Show. So an interim appointment just made sense.”

AFFTA’s by-laws allow the board to appoint someone to serve until the next annual meeting. The membership will be asked to vote on Bennett and other members running for board seats at the annual meeting in New Orleans in August.

Bennett is the president and principal owner of Deneki Outdoors. Deneki Outdoors owns and operates fly fishing lodges in Alaska on the Kanektok River, in British Columbia on the Dean River, on South Andros Island in the Bahamas, and in Southern Chile.

“Andrew will be a great addition to the AFFTA board, said Jim Klug, AFFTA Board Chairman. “He brings a great attitude, track record, and skill set that will compliment the current AFFTA dynamic. We’re excited to have him as a part of the team.”

Bennett founded Deneki Outdoors in 2004 and has led the company’s expansion over the past 8 years. “As president, I focus on building strong industry relationships,” said Bennett. “I lead our marketing efforts with an emphasis on online marketing and public relations, something I know AFFTA has started to embrace. AFFTA has made tremendous progress over the past couple of years, and I’m excited for the opportunity to contribute at a higher level.”

Bennett was born and raised in Fairbanks, Alaska and grew up with a love of the outdoors passed on from his family. After a successful stint in the software industry, Andrew founded Deneki Outdoors to realize his passion for fly fishing and to build a long-term career in the industry. He lives in Seattle with his wife and their two children. 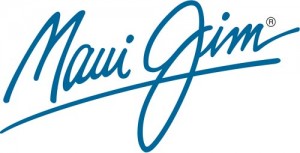 Maui Jim sunglasses has signed former Olympic skier and notable angler Andy Mill to be a spokesman for the company.  Mill is also representing Hardy & Greys at this time, and was involved with that company’s latest rod series development.