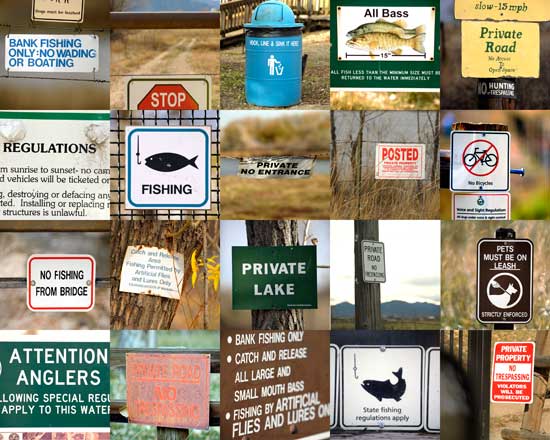 From Southwick Associates… Nearly 16 percent of United States anglers found one of their fishing spots closed to their use last year, and of that group, the single leading reason cited for that closure was that the area was posted as “no trespassing.” The findings were part of a monthly survey of recreational fisherman conducted by AnglerSurvey.com.

Just over 32 percent of survey respondents said the water they fished or the land they used to access a particular body of water had been posted preventing them from fishing that location. The government no longer allows fishing at the location was the second most cited reason, claimed by 23.8 percent of survey respondents. That cause of closure was followed by development of the area by 15.7 percent and then pollution by 7.2 percent. An assortment of lesser or “other” reasons was collectively cited by 32.8 percent. Respondents could provide more than one answer to the question as some anglers may have lost access to more than one fishing location last year.