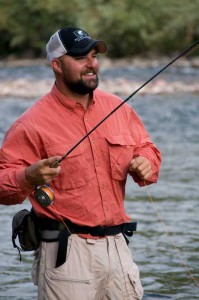 Angling Trade contributing editor Ben Romans will be assuming the editor position at The Flyfish Journal, taking over for another AT contributing editor, Andrew Steketee, who oversaw the Journal from its launch to the stature it now enjoys as one of the fly fishing world’s favorite publications.  Andrew will stay involved as a senior editor.

As long-time colleagues of Ben and Andrew (here and at FFJ) we wish both the best, and extend our congratulations.  Here’s the company press announcement:

“The Flyfish Journal and Funny Feelings LLC are proud to welcome aboard noted writer and fly fisher Ben Romans, in taking the helm as Editor of the publication after completion of the current issue. “Managing Editor Andrew Steketee has really done a solid job with the first several issues, and with the major growth and increasing needs of the publication, Ben is a great addition to help us focus on the future,” says TFFJ Publisher Jeff Galbraith. Ben Romans grew up in Ohio chasing bass and panfish, before alighting west for the University of Montana and a double degree in Journalism and Blackfoot/Bitteroot/Clark Fork/Big Hole Trout Studies. Post graduation, he went on to serve as the Associate Editor for Fly Fisherman as well as contributing both words and images to Field and Stream, Northwest Flyfishing, Angling Trade, The Big Sky Journal and The Flyfish Journal. His recent book, “Montana’s Best Fly Fishing” (Stackpole Press, 2010) has been well received by both fly fishers and the media. Ben currently resides with his wife and family in Boise, ID. Please xanax online overnight join us in both congratulating and welcoming Ben to The Flyfish Journal. Feel free to contact him on editorial matters at [email protected]” 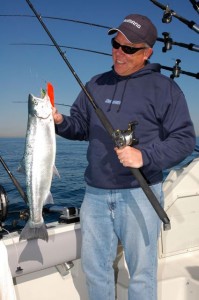 Long-time industry insider John Mazurkiewicz of Catalyst Marketing recently informed us that he will no longer be working with Scientific Anglers.  Mazurk also handles the Shimano/G.Loomis advertising/PR business, and he candidly pointed at potential brand category conflicts (3M/SA acquired Ross Worldwide last year, bringing an expanded rod line, more reels, etc. into the fold) as a reason for this decision.

Kudos to Mazurk for his forthright, principled announcement.

Question:  As more and more companies “consolidate,” moving from being niche manufacturers (rod companies… reel companies… line companies) to being total fly fishing companies, many in the industry… reps, retailers, and others… are being asked to make choices.  How does this affect your business, and where do you stand? 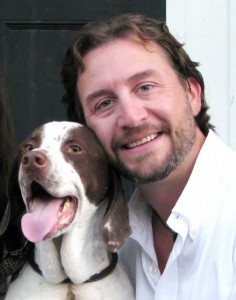 Joe Healy, formerly associate publisher of Fly Rod & Reel has taken a job as marketing and communications director for St. Johnsbury Academy, one of the nation’s leading private boarding/public schools, based in northern Vermont.

But don’t expect to see his byline disappear from the pages of many fly fishing publications, including this one.

He wrote:  “I’ll also be joining the freelance ranks in fly-fishing, both with writing and, when opportunities come up, consulting on sales and marketing. I’ll be involved with FRR spiritually and on a freelance basis, mainly writing and working on magazine projects.

“FRR is on solid foundation, with the upgrades we made last year, in particular. We led major magazines in ad pages in 2010, and have seen our circulation increase 10 percent to around 50,000″.