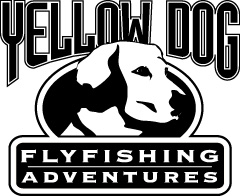 Yellow Dog Flyfishing Adventures is pleased to announce that John Hudgens has joined the company as program manager for Yellow Dog’s South America operations. Hudgens will manage the company’s current offerings in Argentina, Chile, Bolivia and Brazil, and will work on the development of new destinations for the future.

Hudgens has worked in the fly fishing industry since the mid-1990’s, when he began a guiding career with Bob Jacklin in West Yellowstone, Montana. In 2000, John began guiding for Mike Lawson’s Henry’s Fork Anglers in Last Chance, Idaho, where he has worked for the past eleven seasons. Over the years, John has fished extensively throughout South America, and he has spent several seasons guiding in Chile and co-managing a lodge in Chile. He has also hosted numerous trips throughout Patagonia, something that he will be continue to do in his new role with Yellow Dog.

Based in Bozeman, Montana, Yellow Dog specializes in booking and arranging destination  angling adventures throughout the world. With over 50 destinations currently in the line-up, Yellow Dog’s main areas of focus include the Caribbean, Central America, South America, Alaska, and the Western United States. “Despite the ups-and-down of the economy over the past 24 months, we’ve continued to see a strong level of growth and expansion for our company, and we’re going to continue to expand our employee base and the overall size of the operation for the future,” said Jim Klug, Director of Operations for Yellow Dog.