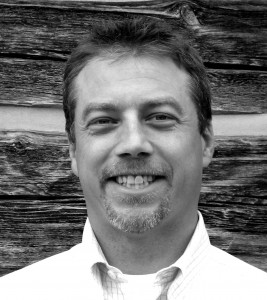 October 5th, 2010 (Bozeman, Mont.)—Turneffe Atoll Trust, a non-profit organization dedicated to preserving Belize’s Turneffe Atoll, announced that it has hired Paul Robertson as Executive Director. Paul will lead the organization in its efforts to achieve a healthy, sustainable ecosystem at Turneffe Atoll, the largest, most biologically diverse coral atoll in the Northern Hemisphere. He will be based out of Livingston, Montana.

Robertson brings a strong background in business management, development and operations to the organization after having spent the last 20 years working in the lodging and guest ranch industries in Wyoming and Montana. Most recently, he served as General Manager and Director of Sales for The Ranch at Rock Creek, a new luxury guest ranch, which he successfully helped to design, build, launch and operate.

“We are extremely pleased to have Paul on board,” said Craig Hayes, founder of Turneffe Atoll Trust. “His passion for conservation coupled with his proven business management and development skills make him the ideal person to help us complete our vital mission.”

Originally from Princeton, New Jersey, Paul graduated with a degree in Biological Conservation from the University of Wisconsin-Madison. In addition to his passion for conservation, he is an avid angler and outdoor enthusiast. Prior to his career in the guest ranch and lodge management business, Paul founded and operated a full-service fly-fishing outfitter for the second-oldest dude ranch in the country.

“It’s an honor to join the ongoing effort to protect Turneffe Atoll,” commented Robertson.    “Preservation of this healthy ecosystem will safeguard a true treasure of the marine world and also provide important economic and social benefits to Belize.”

Robertson will report to the Turneffe Atoll Trust’s board of directors, which recently was revamped to include prominent members of the fishing, conservation and philanthropic communities. Current board members include Craig Hayes of Turneffe Flats; Jim Klug of Yellow Dog Flyfishing Adventures; Andy Wunsch of Simms Fishing Products; Rich Paini of TroutHunter; Craig Mathews of Blue Ribbon Flies; Scott Bosse of American Rivers; Dr. Vincent Palacio of the University of Belize; Cindy Morton of Sevierville, Tennessee; Whitney McDowell of Bozeman, Montana; and Roger Lang of Bozeman, Montana.