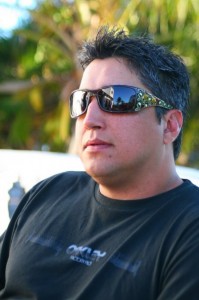 The Scott Fly Rod Company awarded Jason Lozano it’s US Sales Rep of the year award for the 2010 season. The award was presented at the 2010 IFTD show in Denver, Colorado.

Lozano represents Scott in California, Nevada, and Arizona through his company, Down By The River Fly Products.

Scott’s President, Jim Bartschi said, ‘Jason has dedicated himself to assisting dealers as a strong business partner, communicator, and team player. He does a lot more than compete for top sell in during the preseason. Jason has become a trusted xanax cost resource for his accounts from solving short term issues to long term sustainable sales planning. This has resulted in top performing sell through and higher profits for the dealers in his territory.’

Lozano commented, ‘I’ve worked hard to restructure my business to better serve my dealers by paring down lines to only the top brands and by helping them make inventory decisions that benefit their long term financial health. It’s great to be recognized for these efforts with the Rep of year award.’